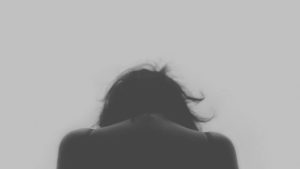 Depression therapy Depression is a psychological disorder of the human being.

From a spiritual point of view, depression is the antipode to aggression. This means that the person who does not allow his aggression and suppresses it can end up in the opposite side of depression. Over a lengthy period of time this leads to withdrawal of the person and finally to self-abandonment with typical signs of listlessness, lack of motivation and lack of self-enthusiasm.

The organ that stands in the center is the liver, the organ of life. This is where the will to live, the right sense of proportion and the happiness of man are located. The associated element is the wood and anger is also at home here in the liver.

Another important approach to depression is the lack of light on all levels:

A further big problem of humans are fears and worries because they darken and darken the light field of human beings and therefore also their way of looking at things. Fears and worries strike the mind (see anxiety disorders).

And so there is no room for man to concentrate on the meaning of life. Joy, happiness and contentment are no longer the focus of the human being and he gives up more and more.

Thus the path of the depressed person from the struggle for survival of everyday life to life in the here and now can become. And as my noble friend Bernhard says: “Man always looks for what he lacks and he always gets what he needs”. Life is man’s best teacher.

Course of the therapy: