The pancreas is the organ of self-love and thus an important light gland. It lies directly behind the stomach and among other things produces digestive juices that correspond to the state of mind of humans. It would be best for man if these juices were love juices which are then released into the 12-finger intestine. They can only contain as much love as man loves himself. The 12-finger intestine corresponds to the thought of God, who asks man to put everything into his hands and everything is good. If man does not do this and leaves things lying around for too long (especially mental food, feelings and also material food), it can happen that the pancreas begins to digest itself. The pancreas as I-gland forms the fields, that man can absorb unexpected feelings and thoughts. The pancreas, as sibling organ of the spleen, which carries the emotions of sorrow and sorrow, is a “conflict organ”. On his order to hand things over to the outside world, he is also responsible for how long man remains fragile. The human should ultimately give up everything that does not correspond to self-love. And where there is no self-love, there is destruction and as a result the pancreas digests itself.

Enter your email address. Only after you clicked the link in the confirmation email, we will create a new password for you.
Spiritual Phoenix Medicine
Facebook-f Instagram 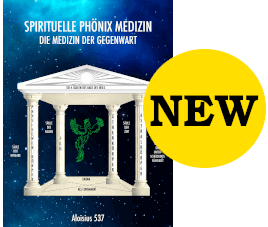